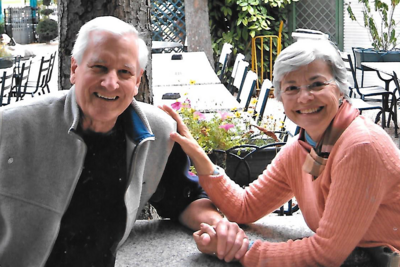 Chancellor Carol Christ shared her gratitude with the Wilsons: "these initiatives will make it possible for the School of Social Welfare to elevate their public visibility and draw awareness to dynamic scholarship and discourse around these issues on a national level... Your commitments are important not just to Berkeley's future, but also to the future of our nation. Thank you for lighting the way toward racial reckoning and social justice."

Both John and Beclee have fought for social and racial justice throughout their long careers and deep involvement at UC Berkeley.

John earned a PhD in Economics at the University of Michigan and then joined the Yale University faculty where he established the Urban Economics Institute as well as the Urban Fellows Program.
He became an early participant in the War on Poverty in the Johnson Administration, was Assistant Director of the Office of Economic Opportunity in the Nixon Administration, and worked closely with Senator Ted Kennedy in this role.

He also served as Chair of the White House Task Force on Welfare Reform and Director of the Welfare Reform Planning Commission. His mandate was to design a new national Agency for Social Welfare. But when social welfare reform failed to pass Congress by a narrow margin, John resigned from public office.

John and Beclee moved to California after John was recruited by Aaron Wildavsky, founding dean of the Goldman School of Public Policy, to join the faculty. He developed the Bank of America's worldwide economics-finance team, a job he held for 25 years until retiring as Executive Vice President and Chief Economist.

In the 1980s, John was deeply involved in the Northern California Interfaith Council on Economic Justice and chaired the Bay Area Task Force on Ethics and Social Justice sponsored by the Graduate Theological Union (GTU) and other Bay Area universities.

More recently, John taught a graduate seminar on "Economics and Social Justice" with the Institute of International Studies and was invited by then-Dean Jeffrey Edleson to teach a seminar on "Idea of America and Social Justice" in the School of Social Welfare and to broaden the School's reach on social justice issues. John has continued to help build the School's social justice platform under the leadership of Dean Linda Burton.

Beclee has long been involved in social justice issues regarding women's rights. She served 11 years as a National Vice President for Church Women United, was a member of a special women's delegation to Eastern Europe, was sent to the Netherlands for the United Nations Year of Women to teach women communications and leadership skills, and has served on the Board of the Center for Women and Religion at GTU.

Her doctoral dissertation at the University of Minnesota explored the founding of the War on Poverty. Beclee subsequently earned an MSW in public policy and aging at UC Berkeley's School of Social Welfare while simultaneously pursuing postdoctoral training. Upon completion of her program she worked for the Area Agency on Aging in Contra Costa County and then the American Society on Aging.

The Wilsons made a $50,000 pledge to provide the first five years of funding for the "Idea of America and Social Justice Forum," envisioned as an annual forum—sponsored by the School of Social Welfare—of scholars, researchers, policymakers, social justice advocates and students. The first forum is planned for Fall 2021 and will focus on themes pertinent to Latinx communities and democracy.

The Wilsons have also included Berkeley Social Welfare in their estate plan. Of their $3 million bequest, 80% will be used to provide fellowship support for postdoctoral researchers in the School of Social Welfare with a preference for those whose research is in the areas of social justice and social welfare advocacy. The remaining 20% will be used to create an endowed fund to provide ongoing support for a lecture in the school of Social Welfare that addresses social justice issues.

Dean Linda Burton said of the Wilsons' gift: "Now more than ever the School of Social Welfare at UC Berkeley needs to expand its reach in praxis, teaching, research, and shaping public policy around social justice. John and Beclee's generosity has fast-tracked our School's ability to do so and we are forever grateful for their gift. Indeed, "A Change is Gonna Come" and with the Wilsons' gift our School of Social Welfare will continue to be able to contribute to that change."