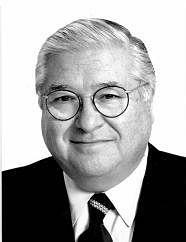 Herman Gallegos (MSW '58) says that he came to UC Berkeley in the mid-1950s “with lots of community organizing and empowerment experience” under his belt. Prior to pursuing his graduate degree with an emphasis on Community Organization at the School of Social Welfare, he was already a central figure in the fight for social justice in California.

Among his earliest exposure to the field was a pivotal role in the formation of the Community Service Organization (CSO), a civil rights-advocacy group established to promote the well being of Hispanics and other minorities.  Gallegos served as the first president of the CSO’s chapter in the East San Jose neighborhood. Then known as “Sal Si Puedes,” ("Get Out if You Can"), the organization’s vice president was Gallegos’ fellow organizer Cesar Chavez. The main result of this early work was to organize people in rural and urban barrios, “where life was too often harsh and bleak,” says Gallegos.

Gallegos was encouraged to continue his formal education by his colleague and mentor, Evelio Grillo (MSW ’53), a longtime community activist in the black community as well as a graduate of the School. “At the time, I had no real grasp of how far a degree in social welfare might be of benefit in solving complex problems, especially since many activists, including myself, viewed social welfare systems as handmaidens to power, instead of agents for social change,” says Gallegos.

A two- year John Hay Whitney Opportunity Fellowship enabled Gallegos to pursue his graduate education, expanding his outlook from local and state levels to a national and international perspective and further broadening his ideas about finding pluralistic solutions to society’s problems.

During his field work placement with the Oakland Social Planning Council, Gallegos prepared a report that landed on the front page of the Oakland Tribune, an experience that helped him to appreciate organizing beyond the kind of skills he learned from another of his mentors, the Industrial Areas Foundation's (IAF) Saul Alinsky.

As part of his self-examination process, Gallegos recalls thinking, “'Do I want to be an organizer all my life?' As difficult as it was, the answer was, ‘no.’ I felt there other were other things I could do with my life.” He recalls Alinsky flying out from Chicago to offer him an organizing position with the IAF in Los Angeles for an annual salary of $9,000.  “Turning Alinsky down was one of the most difficult decisions I ever made,” he says. “I had no job prospect in mind, I had a family to support and that was a lot of money at the time.  Alinsky was greatly disappointed and left me wondering if I had done the right thing.”  He believes now that “this proved to be a courageous and wise decision that changed his life choices in ways never imagined.”

After graduating with his MSW degree, Gallegos worked as a district director with the San Bernardino County Council of Community Services, a social planning demonstration project supported by the Rosenberg Foundation.  It was here that he got to know the Foundation’s executive director, the late Ruth Jackson Chance. A few years later, Gallegos joined the Rosenberg Foundation’s board, the first of many philanthropic and corporate boards to follow.

In 1960 he became national president of the CSO, with Chavez taking the role of executive director.  At its peak, the democratically run, membership organization claimed 44 chapters throughout California and Arizona,  conducted massive voter- registration and get-out-the-vote campaigns, and pursued civil-rights legislation and justice for farm workers.

In 1965, Gallegos, Dr. Ernesto Galarza and Dr. Julian Samora were recruited by the Ford Foundation’s Paul Ylvisaker to serve as national affairs consultants. The group was responsible for exploring possible philanthropic support as well as making recommendations and finding solutions that addressed the growing needs of Hispanic communities. Following approval of the consultant team’s report, Gallegos remained with the Foundation for another three years. During his tenure he organized theSouthwest Council of La Raza, which evolved into the National Council of La Raza. He served as the Council’s founding executive director.  “In the field of philanthropy, this was a significant achievement,” he says.  “In addition to launching a new initiative of its own at Ford, this encouraged other foundations to do the same -- and this, in turn, stimulated greater Hispanic interest in the field of philanthropy,” he says.

In 1983, Gallegos -- along with Tith Luz Vega-Marquis and Elisa Arevalo -- founded Hispanics in Philanthropy, an organization with a mission to increase philanthropic support for Hispanic causes through grant making and by encouraging diversity on boards and staff.  “Diversity on boards and staff increases the knowledge base from which decisions are made, potentially making those decisions better decisions,” he notes.

Gallegos’ trailblazing influence has extended into corporate boardrooms as well. He recalls, “I was elected to telecommunication boards, including what is now AT&T for 30 continuous years; for 12 years with Union Bank of California; and to the board of the Student Loan Marketing Association, by appointment of President Jimmy Carter."

In his service on both foundation and corporate boards, Gallegos says it was important for him not to be regarded as “a constituent or Hispanic director,” but a director or trustee who "happened to be Hispanic.”  "Board membership requires one to be accountable and concerned forall shareholder and stakeholder interests,” he explains.  “What matters most is that you bring appropriate personal and professional attributes to meet the board’s needs; the highest ethical standards and absolute personal integrity; the ability to approach problems objectively, rationally and realistically; and the ability to respond well and to function under pressure.”

At the heart of Gallegos’ accomplishments are five Presidential appointments, including a stint as a U. S. Alternative Representative to the U. S. Mission at the 49th United Nations General Assembly, an honorary doctorate from the University of San Francisco and the Ohtli Medal given by the Mexican Government for distinguished leadership. His publications include Mexican Americans in the Southwest ( with Galarza and Samora) and Hispanics and the Non Profit Sector (with Dr. Michael O’Neill). Gallegos also headed a seminal research project for the National Science Foundation entitled, U. S. Foundations and Minority Group Interests.

Ever the lifelong activist, Gallegos says he continues to believe that “building community-based leadership, helping communities define their own agenda and needs and guiding them to go out and work for responsible social change remain a great option for strengthening democracy and for effectively engaging the establishments of social power.”