“I knew I was going to be advocating for unpopular causes and disenfranchised communities,” explains Dylan de Kervor (MSW/JD ‘09), “so I wanted a law degree for the teeth and a social welfare degree for the heart.”

She attributes this commitment to her childhood experiences. “I grew up with a single mom with a disability. I was bussed in Berkeley schools from what was then a primarily Black neighborhood in West Berkeley.”

She arrived at the Department of Health and Human Services in 2009 as a Presidential Management Fellow after the School of Social Welfare sponsored her application. “I couldn’t believe that someone wanted to pay me real money to enforce civil rights.”

When the Affordable Care Act passed in 2010, it marked the first time that sex discrimination had been prohibited in health care for program receiving federal funding. Before the passage of the ACA, women were routinely charged more for medical insurance simply on the basis of gender. Only 12% of individual insurance plans included maternity coverage, for instance, and only a third of privately insured women had a plan that covered contraception.

Because gender identity was now a protected form of sex discrimination, nondiscrimination in health care for transgender patients also became law. Insurers could no longer have blanket exclusion for gender-affirming care. Practitioners who accepted federal funds could no longer refuse to provide care based on a patient’s gender identity or expression.

De Kervor was the lead drafter of provisions protecting the rights of trans and gender-nonconforming individuals under the ACA.

Defining this new area of civil rights regulations required a knowledge of both the law and healthcare systems like Medicare and Medicaid. De Kervor’s training in social work made her the perfect candidate to help craft these policies.

By the time Section 1557 of the Affordable Care Act was finalized, six years had passed. De Kervor was at the Department of Justice by then, but she was the one chosen to gather all of the needed signatures — including then-Attorney General Lorretta Lynch’s — and then take a taxi to HHS to hand-deliver it.

While at the Department of Justice, she represented the federal government on several cases impacting LGBTQ rights, including NorthCarolina’s HB2 (the infamous “bathroom bill”). Although the Department of Justice eventually withdrew its suit when North Carolina adopted a less drastic version of the bill, it was a landmark moment in the federal government’s response to anti-LGBTQ discrimination.

“I was so proud when Loretta Lynch said to the transgender community: ‘We see you; we stand by you; and we will do everything we can to protect you going forward.’”

She also worked on Brandt v. Rutledge, a lawsuit challenging an Arkansas law denying gender-affirming care to trans youth, taking a lead role in writing the Statement of Interest filed by the United States. Brandt v. Rutledge — which is still making its way through appeal courts — marked the first time the U.S. government went on record saying that gender identity discrimination is subject to intermediate scrutiny on its own, not just as a form of sex discrimination.

De Kervor’s training as a social worker also informed other areas of her work at the Department of Justice. She helped start a partnership between the DOJ and HHS around inequities of race and language access within the child welfare system. She and her colleagues heard allegations of parents being directed to take anger management classes when those classes were only available in English, and judges saying parents needed to learn English before they could be reunited with their children. De Kervor helped develop a series of “dear colleagues” letters to remind agencies of their responsibilities.

Her dual degree helped her in ways that went beyond her knowledge of systems. In one case, a landlord was sued under the Fair Housing Act for sexual harassment of tenants, many of whom were single mothers with limited other options for housing. De Kervor used her social work skills — knowledge of trauma-informed care and her ability to meet people where they were — as she gathered the stories that formed the basis of the DOJ’s case.“The ‘soft skills’ of social work made me a better lawyer.” Moreover, her training in social work taught her to look beyond legal questions.

“A person’s legal problems are rarely the only issue they’re facing: there may be issues of housing, domestic violence, public benefits, etc. Social welfare knowledge helps you to situate the whole person.”

In 2021, de Kervor was recruited back to Health and Human Services, where she heads rule-making for Section 1557 and leads a team of five. The previous administration made revisions to Section 1557 in 2020. Some of those changes are currently the topic of lawsuits, and HHS is also working to address other instances of anti-trans discrimination.

De Kervor has received numerous awards for her work. In 2021 she received the DOJ Civil Rights Division’s John Dunn Award for her LGBTQI+ work in implementing Executive Order 13988, and her interagency COVID work earned her the DOJ Assistant Attorney General Distinguished Service Award in 2020. At Health and Human Services, she won the Secretary’s Award for Distinguished Service in 2016 for her work on Section 1557 of the ACA, and her team won the HHS Director’s Honors Award. That same year, she was recognized by the LGBT Bar Association with a Best 40 Under 40 LGBT Lawyers Award.

De Kervor’s advocacy isn’t limited to her work hours. For the last eight years she has volunteered with Whitman-Walker Health’s name and gender change clinic, a free legal clinic where attorneys meet one-on-one with clients to provide counseling and assistance with name and gender change processes. Previously, she served for a year on the steering committee of Trans Legal Advocates of Washington DC. She also served four years as Board Chair of DC Lawyers for Youth, an nonprofit that seeks to improve the DC juvenile justice system by advocating for effective legal representation reforms that promote positive youth development.

The need for de Kervor’s work remains acute. Health and Human Services has already voiced opposition to the recent Texas gubernatorial order categorizing gender-affirming care as a form of child abuse. An HHS statement called the order “discriminatory and unconscionable… clearly dangerous to the health of transgender youth in Texas,” and the Department issues a general guidance on civil rights and gender affirming care for transgender youth. Any individual or family targeted by child welfare services was encouraged to contact the HHS Office for Civil Rights. Meanwhile, legislation targeting gender-affirming medical care has been introduced in over a dozen states since the beginning of 2022.

We are fortunate to have de Kervor’s heart and her willingness to apply the “teeth” of the law in pursuit of civil rights. 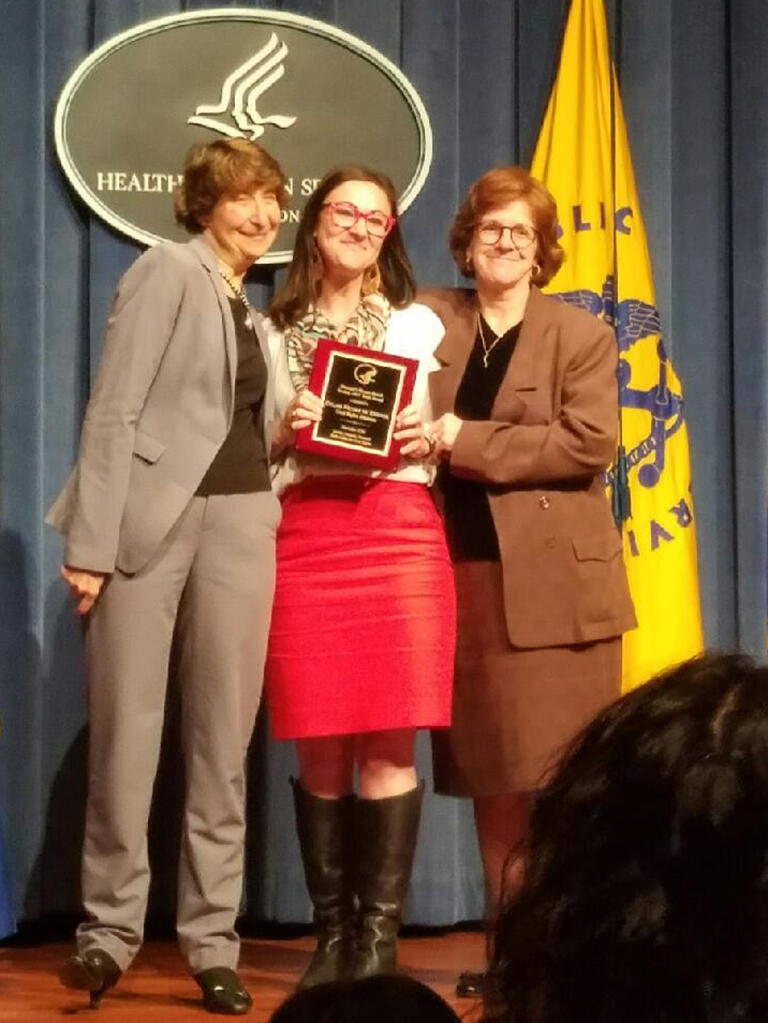 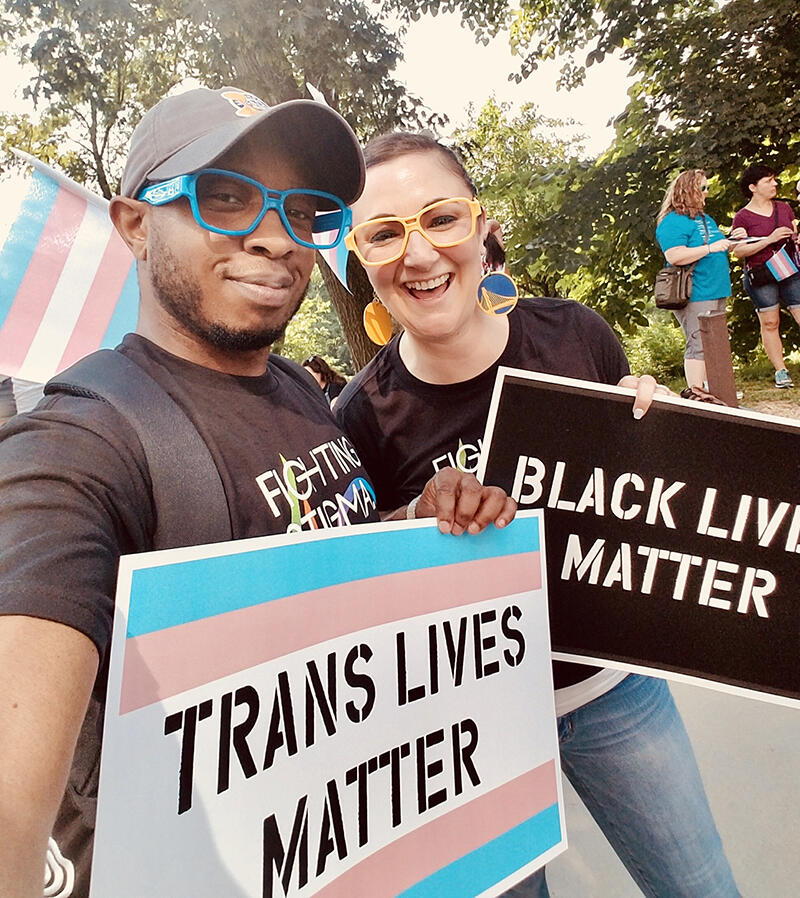