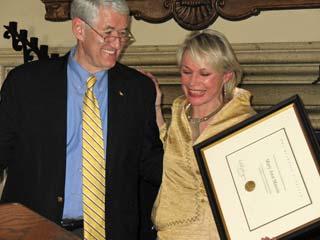 Professor emerita Mary Ann Mason — who championed research and policies to improve gender equity throughout the University of California system and higher education nationwide — succumbed to pancreatic cancer at her home in San Francisco on July 27, 2020.

She taught family law and policy at the School of Social Welfare from 1989 until 2008 and served from 2000 to 2007 as the dean of the Graduate Division, the first woman appointed in a century. After 2007 she was a faculty affiliate of Berkeley Law.

As dean of the Graduate Division, Mason was responsible for the well-being of 10,000 graduate students in over 100 graduate programs. She advocated vigorously to raise endowment funds and increase budgets for financial support of graduate students. Always data-driven, in scores of meetings with heads of academic programs, she graciously credited her staff for providing valuable analyses of students' welfare.

Simultaneously, Mason was instrumental in promoting equity and family-career balance for faculty, staff, and graduate student parents. She was a chief architect of the UC Family Edge, a comprehensive set of policies and initiatives designed to help attract and retain the brightest young scholars, funded initially by the Alfred P. Sloan Foundation. Launched at UC Berkeley in 2006, these initiatives built on older piecemeal policies to expand paid parental leave for childbirth, paid maternity leave for graduate students, teaching relief for both new mothers and new fathers, more child care facilities, dual-career hiring policies, and improving the tenure clock for childbirth policy.

Her research and determination to change both policies and culture in academia and funding agencies garnered national attention. Then-Chancellor Robert Birgeneau represented UC Berkeley at the White House for a discussion on changes to family responsive policies at the federal granting agencies, based in large part on research conducted by Mason and her team and a conference they sponsored.

Says Birgeneau, "Mary Ann Mason played a national leadership role in opening doors for women in academia and for making clear the importance of family life in academic careers. Her work was always based on solid, well researched, factual information but it was also deeply human. I was pleased to award Mary Ann the campus's highest honor — the Berkeley Citation — at the end of her tenure as Dean."

James Midgley, professor of the graduate school and dean emeritus of the School of Social Welfare, likewise stresses the impact of Mason's work within and beyond the UC system. "Mary Ann made an immense contribution to the School of Social Welfare, the Graduate Division, the University — and indeed higher education in general. Using her standing as Berkeley's Graduate Dean, she attracted national attention for vigorously promoting the rights of women faculty at the nation's universities."

For Andrew Scharlach, professor emeritus in the School of Social Welfare, Mason's legacy extends beyond the United States. "Her research, leadership, and advocacy resulted in more family-friendly campus policies for students as well as faculty, as well as greater national and international attention to the barriers faced by women in academia." 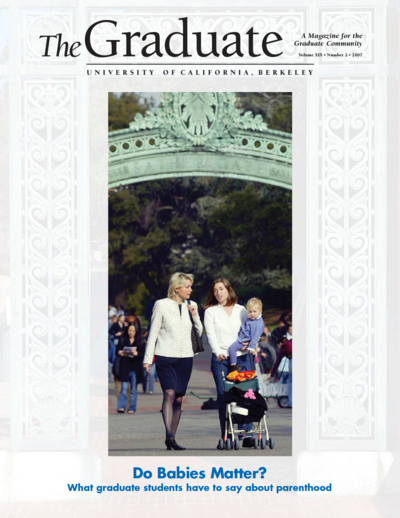 Underpinning these policies was large-scale research within and beyond the UC system. Mason's work with her research team turned widespread anecdotal evidence into a data-based framework for examining issues of gender parity in academia. She led multiple UC systemwide surveys, including a survey of over 8,000 doctoral students across the UC system, examining their experiences, career plans, and perceptions of family-friendliness. This study was preceded by a systemwide study of UC faculty, and followed by a similar survey of postdoctoral fellows in the UC system.

Mason and her team — notably Marc Goulden, currently Director of Data Initiatives with the Office of the Vice Provost for the Faculty — also examined data from 40 years of the National Science Foundation's Survey of Doctorate Recipients. From graduate studies through to retirement, they found, women pay a penalty for having a family. In Mason's blunt phrasing, "for men, having children is a career advantage; for women, it is a career killer."

The "baby penalty" was particularly acute in STEM fields, where women with children were more than twice as likely to change careers during the postdoctoral period. Across disciplines, women in academia lose 1% of salary for every child they have, whereas men's income is unaffected. These cumulative impacts come at an economic cost: although men and women in academia retire at similar ages, women's salaries at retirement were 29% lower.

"For men, having children is a career advantage; for women, it is a career killer." — Mary Ann Mason

Mason and Goulden's findings resonated across the higher education landscape in America. Their articles "Do Babies Matter: The Effect of Family Formation on the Lifelong Careers of Academic Men and Women" and "Do Babies Matter (Part II)? Closing the Baby Gap" were particularly influential in shifting policy at the national level.

Mason's book Do Babies Matter? Gender and Family in the Ivory Tower, published in 2013 with co-authors Nicholas Wolfinger and Marc Goulden, synthesized many years of work into a comprehensive examination of the impact of families and children across the full arc of an academic career. The book received considerable media attention outside of academia as well, sparking articles in the New York Times, The Atlantic, and numerous other publications.

For many women in academia, Mason's findings gave weight to years of lived experience. "I experienced such cathartic relief reading her research, which gave voice and heft to a gendered phenomenon that so many mothers have experienced," said Valerie Shapiro, associate professor in the Schools of Social Welfare and Public Health.

Mason's scholarship encompassed many areas of family law and policy. Her other books include Babies of Technology: Assisted Reproduction and the Rights of the Child (with son Tom Ekman, 2017) and Mothers on the Fast Track (with daughter, Eve Mason Ekman, 2007), which focuses on the issues faced by the surging numbers of professional women in law, medicine, science, and the academic world. Earlier in her career, she wrote two major works on child custody, From Father's Property to Children's Rights: A History of Child Custody in America (Columbia, 1994) and The Custody Wars: Why Children Are Losing the Legal Battles and What We Can Do About It (Basic, 1999). She also co-edited (with Arlene Skolnick and Steve Sugarman) All Our Families: New Policies for A New Century (Oxford, 2000, 2003) and (with Paula Fass) An American Childhood (NYU, 2000). Her first book on work and family conflicts, The Equality Trap, was published in 1988 (Simon and Schuster).

"Her research, leadership, and advocacy resulted in more family-friendly campus policies for students as well as faculty, as well as greater national and international attention to the barriers faced by women in academia." — Andrew Scharlach, professor emeritus, Berkeley Social Welfare

In addition to her scholarly contributions, Mason will be remembered — and missed — for her extraordinary collegiality. Professors Jill Duerr Berrick of Berkeley Social Welfare and Catherine Albiston of Berkeley Law expressed gratitude for Mason's mentorship. Longtime colleague Eileen Gambrill remembers Mason as "always calm, always interested in what others were doing, always warm and welcoming, always ready to help and learn." Professor Neil Gilbert describes her as "smiling and lighthearted... but beneath the warm loving gentle manner, infused with charm and wit, dwelt a daring woman of firm resolve."

Mason is survived by her husband Paul Ekman and her children Tom and Eve. An online memorial for friends and family is planned for August 31.