Congratulations to 2019 Inductees to California Social Work Hall of Distinction

Sunday, November 3, 2019 marked the induction ceremony for the California Social Work Hall of Distinction, which recognizes individuals who have made outstanding contributions to social work and social welfare in California.

It is a testament to the reach of our program that each of this year's Hall of Distinction inductees had a connection to Berkeley Social Welfare, either as a graduate or as a faculty member: 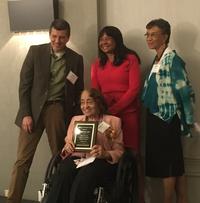 Dr. Gibbs, the first African American professor named to an endowed chair in the UC system, was honored for her groundbreaking work on the experiences of children of color, most notably her books Young, Black and Male in America: an Endangered Species (1988) and Children of Color: Psychological Interventions with Minority Youth (1989). She was also lauded for her work on UC Berkeley's Committee on the Status of Women and Minorities, which was instrumental in identifying obstacles to the recruitment and retention of a diverse faculty at Cal. 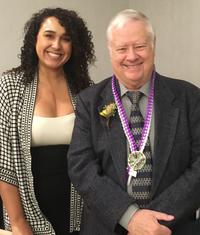 A link to video and additional photos will be added once it becomes available.