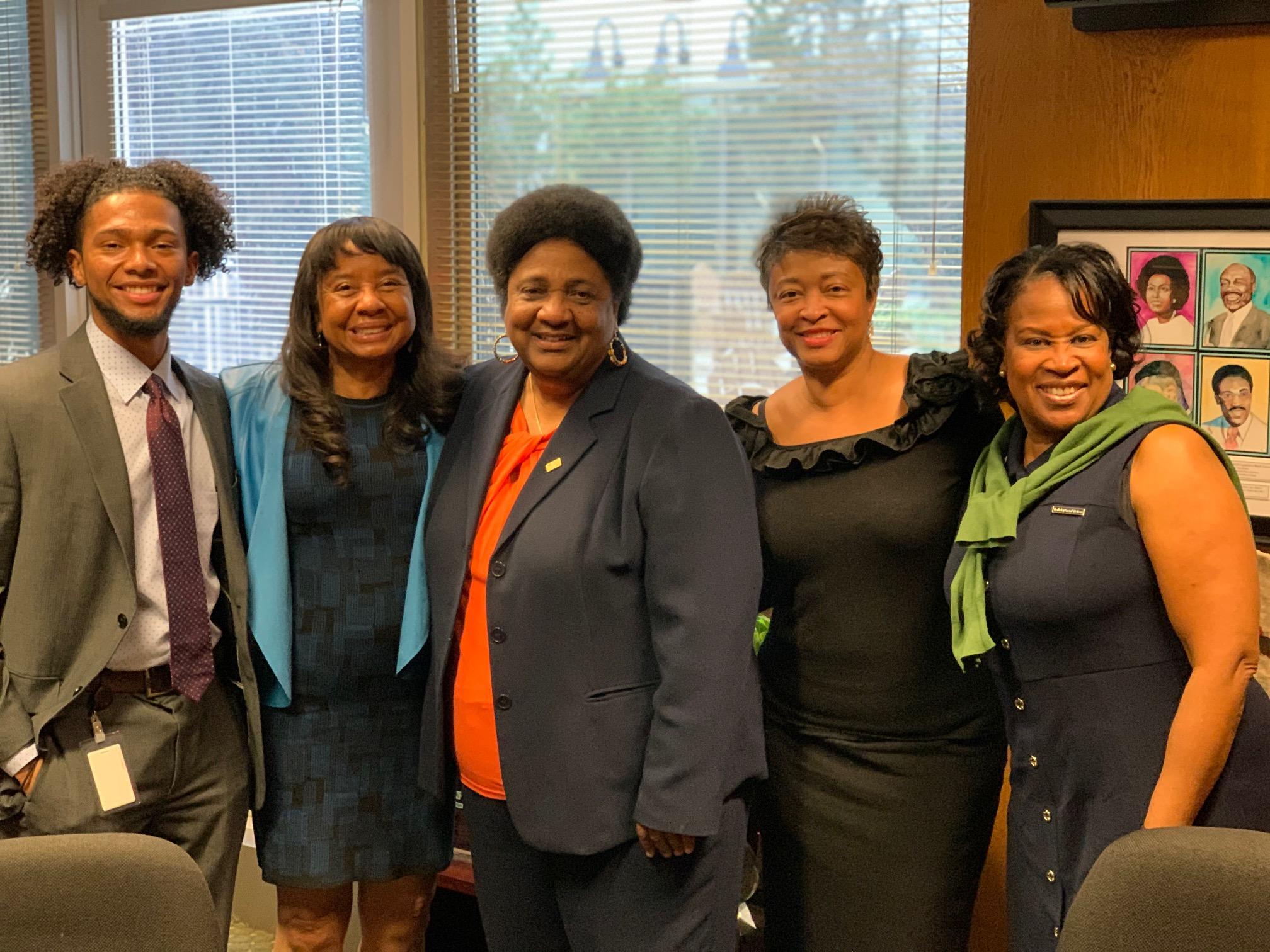 Since joining the School of Social Welfare last fall, Dean Linda Burton has been working diligently to engage with her new community and collaborate with elected public officials throughout California. In February, Mayor Jesse Arreguín appointed Dean Burton to the Commission on the Status of Women, where she will work as a public official for the City of Berkeley. In February, Dean Burton visited the state Capitol with Assistant Deans Veronica Alexander and Beverly Thorpe, to share the school's priorities in meetings with lawmakers. Meeting with members of the California Legislative Black Caucus, the Select Committee on the Status of Boys and Men of Color, and the Assembly Select Committee on Gun Violence, Burton shared the need to recruit young men of color to the social welfare workforce, and discussed potential partnership opportunities between Berkeley Social Welfare and the California Legislature.

Linda Burton also engaged in a "listening tour" with alumni and other stakeholders, meeting with over 200 alumni in five cities to hear their experiences, learn their priorities, and share her vision. In addition, she created an alumni board and a student advisory board to provide a sustained structure for feedback. Under Dean Burton's leadership, the School has also begun to set in motion "communities of practice" connecting alumni with current students and with each other in a professional context to foster a climate of mentorship, engagement, and inclusion.

With this feedback and engagement, Dean Burton will define strategic priorities that will position Berkeley Social Welfare to keep pace with a changing world — with its profound shifts in technology, identity, family structures, and policy — as we train a new generation of research scientists and direct practitioners to address America's most pressing problems.