The Berkeley Social Welfare Distinguished Alumni Award recognizes alums whose commitment to the common good is exemplified in the work they do.

"It was hard to choose our finalists when so many of our alums have a demonstrated commitment to the common good," said Dean Burton. "I was truly touched to see how many of our graduates have lived lives of service, and I look forward to continuing to recognize more of our amazing alums in the years to come." 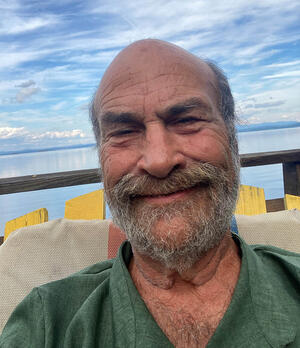 While maintaining a highly productive academic career at McGill University since 1973, Jim Torczyner has dedicated his life to building successful grass-roots organizations serving poor and disadvantaged people around the world.

His career as an academic activist began in 1975 when Torczyner founded Montreal's Project Genesis. Project Genesis is a community-based, grassroots organization that empowers people from diverse backgrounds to advocate for entitlements, to change social policy and to develop alternative community organizations.

In 1990 Torczyner was the founding director of the Montreal Consortium for Human Rights Advocacy Training (MCHRAT).-- extending multi-disciplinary expertise to groups that have traditionally lacked access and power. MCHRAT has developed advocacy programs for homeless youth, severely disabled people, and assisted in the development of legal services in community based agencies, as well as established legal precedent in its defense of the poor against unwarranted state intrusion.

In 1993, Professor Torczyner brought the model he developed at Project Genesis to Israel and founded Community Advocacy which independently operated a network of storefront advocacy, outreach, and community organizing services. In 1994, MCHRAT refocused its attention primarily on the Middle East and established The McGill Middle East Program in Civil Society and Peace Building (later renamed ICAN McGill). with the belief that the reduction of inequality and the promotion of civil society are intricately related to peace-building. ICAN McGill joins Israeli, Palestinian and Jordanian academic institutions and community activists to advance social justice and peace at a grassroots level through an academic social work network. The program established 11 community-based, academically sponsored citizen rights-based centers in the heart of low-income communities. These centers have directly impacted on more than a million of the most underserved people in Israel, Palestine and Jordan; mobilized thousands of volunteers to advance changes in social policy that improved the lives of hundreds of thousands more; and introduced rights-based practice into the lexicon of academic institutions and public life in these countries. A unique graduate program in social work at McGill was developed for Israeli, Palestinian and Jordanian cohorts and graduated over 70 MSWs and PhDs; the relationships forged in that program later helped initiate cross-border partnerships like the Jordanian—Ben Gurion University joint program in emergency medicine and the establishment of the Israeli-Jordanian Regional Disaster Management Committee which saved lives during disasters.

In his nomination letter, professor Neil Gilbert stated "Torczyner is one of that exceedingly rare breed of social scientists who unites academic research with an outstanding record of constructive social activism." 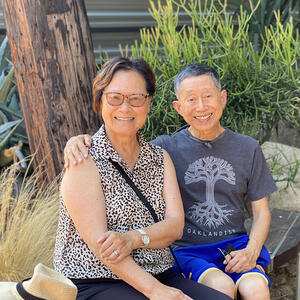 Art Hom has had a distinguished career as a psychiatric social worker for the last half-century. Throughout that time, he has been a tireless advocate for culturally appropriate and clinically competent mental health services.

After earning his MSW in 1972, Hom began his career with the Mt. Zion Hospital Crisis Clinic in San Francisco. Over the next 20 years he worked his way through the ranks, eventually becoming Director of Crisis Services at Mt. Zion and Assistant Clinical Professor in the Department of Psychiatry at UCSF Medical Center. In this capacity he trained mental health professionals of multiple disciplines while providing humane critical crisis services to a multicultural community.

In 1991, he joined Alameda Behavioral Health Services, where he helped transform their case management service into a community support system employing reintegration principles. At the time of his retirement, Clinical Chief of Crisis, for Psychiatric Emergency Services at John George Psychiatric Pavilion and Chief Psychiatric Social Worker of Community Support Center in Oakland. He had served on the board of directors of Asian Community Mental Health Services in Oakland to improve clinical services for underserved populations.

Since retiring he has continued to train and supervise social workers in community mental health practice. In the last year he has also volunteered his time to mentor students in the School of Social Welfare.

In nominating Art, his classmate Grant Ute said "Through his entire 49-year career dedicated to public practice and public service, Art has exemplified the highest social work ethics and values instilled at the UC Berkeley School of Social Welfare." 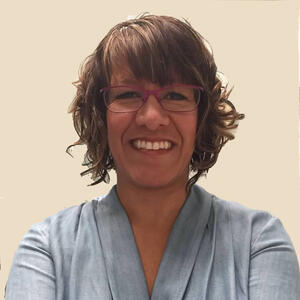 Earlier this year, Bueno was appointed to serve on the Health Advisory Commission of Santa Clara County. In this role, she will act in an advisory capacity to the County's Board of Supervisors regarding issues that impact the health of the public. Nicole wants to influence public policy and make recommendations regarding systemic changes, resource allocation and infrastructure with the goal of equality, fair treatment, and access to healthcare and social services for all.

At the individual level, Nicole volunteers for community organizations who strive to ensure equitable treatment and services. She has volunteered with the Farmworkers Caravan, where she drives to the fields to demonstrate support of seasonal and migrant farmworkers and provide needed items. She also participates in her local chapter of American Civil Liberties Union where she engages in efforts to defend the rights of all.

Shonda Avery, who nominated her, states that "Nicole constantly strives to identify any barriers to accessing services and makes concerted efforts to eliminate the barriers and increase access to healthcare and social services for all." 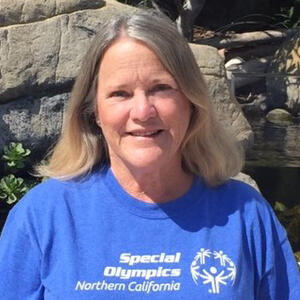 Rebecca's first job after graduation was working in Richmond, CA for Social Security, where she helped claimants receive the benefits to which they were entitled. Rebecca later returned to school and was an honors graduate of UC Hastings College
of the Law. She started her legal career in the traditional manner, working at a private firm in San Francisco, but never lost sight of the need to help others, joining with other women lawyers to regularly meet and socialize with incarcerated girls in San Francisco's juvenile detention system. When her three sons were young, she left law for several years to work in a public school with young children needing differentiated instruction at both ends of the academic spectrum.

Eventually, she turned her focus to the nonprofit world. From 2008 to 2020, Rebecca served as the General Counsel for Special Olympics Northern California and Nevada. During that time, she helped the program expand beyond its original focus on year-round sports and fitness training for individuals with intellectual disabilities; now, there are also inclusive activities for all students in participating public schools as well as opportunities for the Special Olympics athletes to speak in public forums and to receive needed health exams at sports competitions. She frequently participated in events at the Cal career center to expose undergrads to nonprofit career options.

Rebecca retired in August 2020, but only after seeing Special Olympics Northern California and Nevada through a transition to virtual programming in response to the pandemic. Said Carla Elvidge, citing her volunteering in retirement, "Rebecca still finds ways to help people... Throughout her private and professional life Rebecca Thompson has personified the spirit of social welfare."

The call for nominations for the 2022 Distinguished Alumni Awards will be sent in early spring. Learn more about the award and past honorees.