Toward a better future: Douglas Epps examines alternatives to othering and immigrant detention

Over the last few months, news coverage has shown refugees from Ukraine being welcomed — sometimes with literal open arms — as they arrived in Europe. If we can view refugees from Ukraine as "people like us" who have to flee hardship and dangerous circumstances, why not view other immigrants through the same lens?

Doctoral candidate Douglas Epps’s research asks a similar question: do perspectives on immigration shift when the narrative is reframed to emphasize common experiences and common interests? His work explores the roots of current immigration enforcement and how a shift in rhetoric might lay the groundwork for shifts in policy.

Not long after high school, Epps worked in an immigration detention center in Tacoma, Washington. College felt out of reach at the time, and law enforcement seemed like a path toward career stability. In retrospect, Epps sees this career choice as a sort of defiance to the cards he was dealt — an incarcerated father and consistent housing and food insecurity throughout childhood. His upbringing in rural Washington State hadn’t given him much exposure to immigrant communities or the forces that bring people to the United States in search of a better life.

Candidly, Epps acknowledges: “I was completely ignorant about world politics and immigration issues at the time.” But as he met the people in detention, heard their stories, and witnessed the heartbreak of families separated by deportation, he developed a perspective that made his current employment an impossibility. To put it simply, the experience was perhaps the most pivotal of his life and continues to drive his work to this day.

During the same time period, he began leading a support group for kids who had lost a parent. He began to envision a career in social services, and started working toward his MSW. By the time he was in the MSW program at University of Washington, he was working in community organizing with an immigrant-serving nonprofit.

“What is it about undocumented immigrants entering and residing in the United States,” he writes, “that requires us to devote billions of dollars, countless [labor] hours and a myriad of other resources to enforce their removal?”

The current emphasis on detention, Epps explains, is a relatively recent phenomenon that dates to President Reagan’s response to Haitian refugees in the 1980s. The trend towards detaining immigrants evolved at the same time as other “tough on crime” stances of the 80s and 90s, like mandatory sentencing guidelines and the expansion of aggravated felonies (crimes for which an immigrant faced deportation). Since 1993, the average daily number of noncitizens detained for immigration purposes has increased by 980%. And like other aspects of mass incarceration, immigrant detention had a disproportionate impact on communities of color.

A 2016 article by Epps traces the roots of current narratives around immigration. The notion that immigrants were somehow a threat to the fabric of society has been present in U.S. immigration policy at least since the Chinese Exclusion Act of 1882. A racial focus to anti-immigrant views — and a dehumanization of groups based on their race and ethnicity — was likewise at work in the internment of people of Japanese descent during WWII and the mass deportations during “Operation Wetback” in the 1950s.

Epps and many other scholars maintain that racism has never left immigration policy. Rather, it has remained implicitly embedded in policy and practice. As evidence, he points to laws that racially profile Latinx residents and specifically target migrants crossing the US/Mexico border.

As an alternative to detention, Epps advocates for community-based case management (CBCM), not to be confused with other alternatives to detention that require ankle bracelets or strict surveillance practices. In CBCM, participants are connected to case workers and to legal aid, social services, and family support for the duration of their immigration hearing. Since detained immigrants are often individuals who have lived and worked in communities for years, CBCM minimizes disruption to families. If an individual in CBCM receives a deportation order, they are given counseling to help them plan for eventualities like child care and financial support for family members. Confinement would be reserved for the most extreme circumstances, like instances where an individual poses a genuine threat to public safety.

He stresses that CBCM is not a solution to immigration policy problems. “I think of [CBCM] as a harm reductive approach to mitigating the state sanctioned violence of arbitrary detention that has been imposed on noncitizen communities for decades. While community-based alternatives will not change the mandatory detention policy currently in place, they have an opportunity to keep thousands out of prison. CBCM is part of a larger transition as advocates continue to work toward amending federal immigration law to eliminate mandatory detention altogether.”

Various renditions of CBCM have met with high success rates both internationally and where it has been implemented in the U.S. ICE’s own Family Case Management Program — now discontinued — had compliance rates of over 99% with court hearings and ICE appointments, as well as compliance with deportation orders.

Epps points out that there is already a precedent to lowering the number of detained immigrants. During COVID, the daily number of immigrants in detention nationwide dropped from a pre-pandemic level of over 50,000 to a low of roughly 12,000, showing that a significant reduction in the practice of immigrant detention is realistically attainable.

What would it take, then, to bring about a shift in policy towards more humane treatment of noncitizens? Those who are most likely to be impacted by current practice are ineligible to vote, either because they lack full citizenship  or because they are the minor children of non-citizens. How can we mobilize an electorate that is, for the most part, not directly impacted by detention policy?

Epps’s dissertation — under the direction of professor Kurt Organista — explores ways to build support among eligible voters for policy that avoids detention whenever possible. He is testing the effectiveness of a messaging strategy that emphasizes cross-racial solidarity, interclass unity, and shared self-interest. Race-class narrative emphasizes that racial and economic justice are intertwined, and stresses working together towards common interests. While not a panacea, RCN offers a movement towards unity in divisive times.

In his survey experiment, participants from a nationally representative sample of eligible voters will be asked about CBCM. The control group will simply read a passage unrelated to immigration detention and be asked to give opinions, whereas the intervention group will read a framing narrative. The survey will also measure the likelihood of engaging in political action for participants in both groups.

With so much common ground among people tied together by socioeconomic issues, Epps aims to explore the potential of alternate narratives around immigration and “developing cross-racial, cross-socioeconomic-status coalitions that look past distractions that provoke racial anxiety and political division to a larger, more holistic perspective.”

He remains pragmatic but hopeful about possibilities for change. “I don't necessarily do this work because I expect a change to happen right away. But it's about climbing that mountain one step at a time without losing sight of the end goal, toward a better future and better society for all members of our communities.” 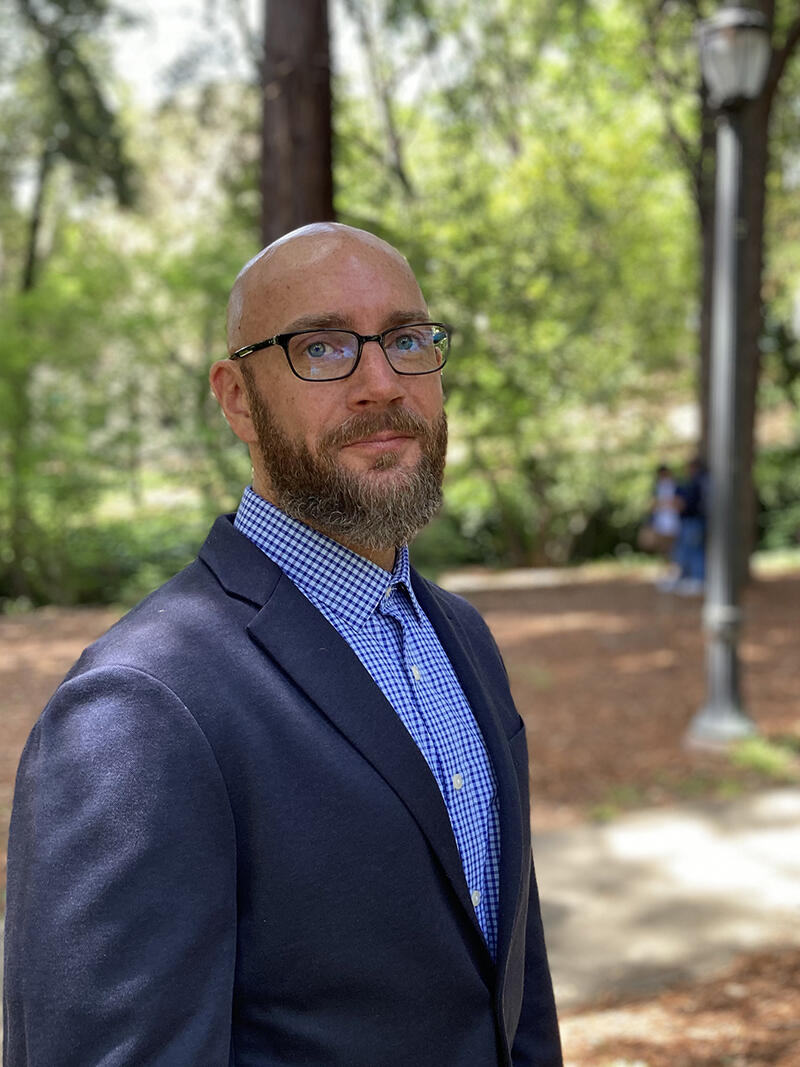