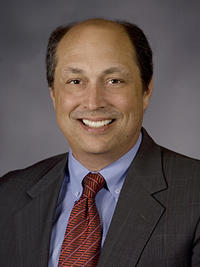 Previously, Dr. Lindeman was the founder and director of the Mather LifeWays Institute on Aging in Evanston, Ill., where he was responsible for developing and implementing evidence-based applied research programs, demonstration projects, education programs and dissemination initiatives. He has held positions as associate professor of health policy at the Rush Institute for Healthy Aging, Rush University Medical Center and as co-director of the University of California, Davis Alzheimer's Disease Center.